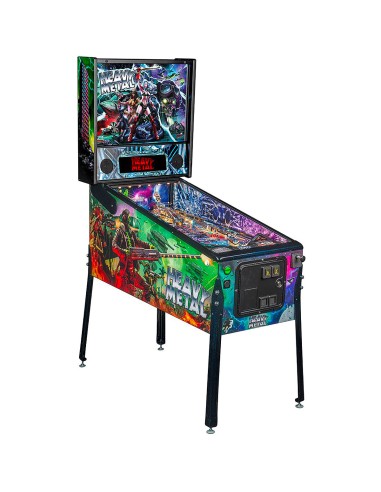 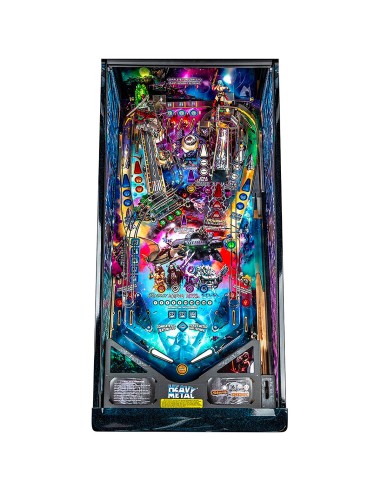 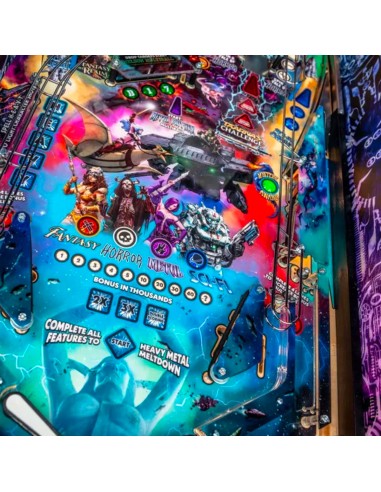 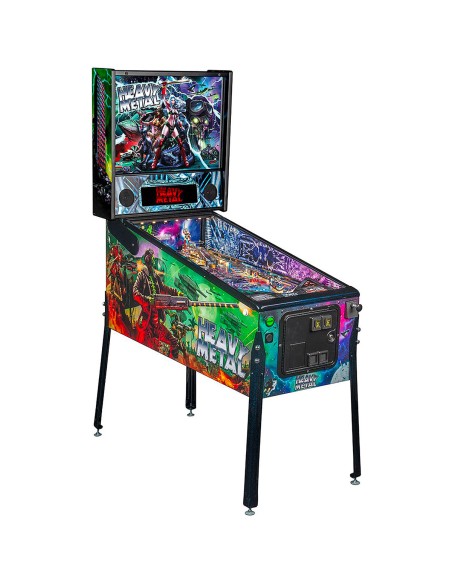 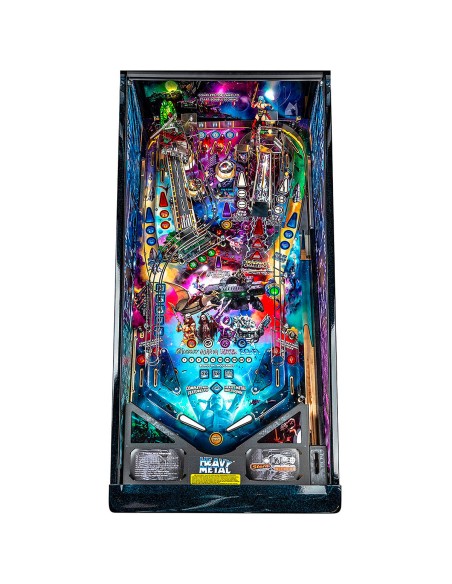 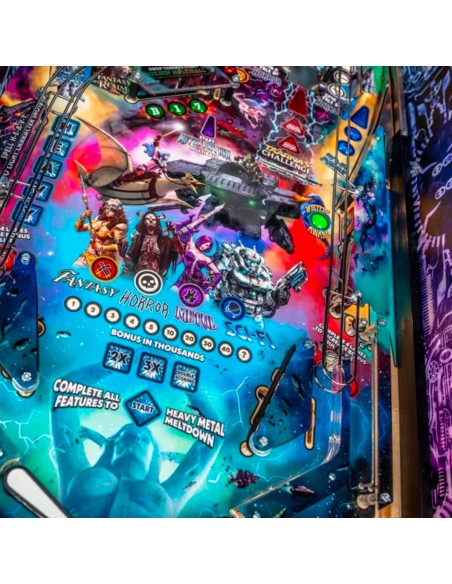 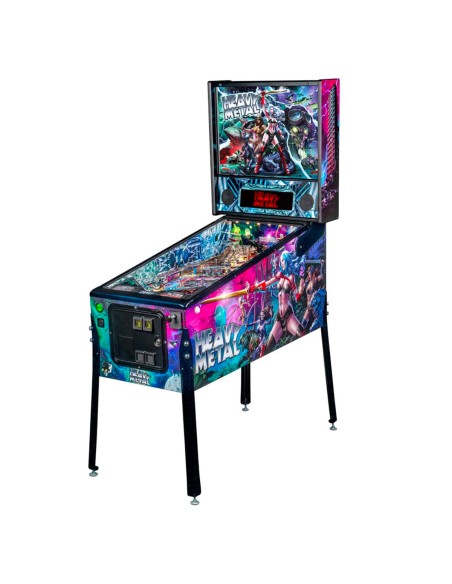 Heavy Metal Pinball is brought to you by Incendium, a multi-faceted production company known for an array of animation, comic books, toys, and video games.

The original art created for the Heavy Metal pinball machine art pays tribute to characters and worlds from the magazine’s storied history.

New additions from its upcoming publications join this shared universe for the first time.

Gameplay revolves around the warrior heroine, Taarna and the undead tailgunner, Nelson. Both, will speak for the first time ever, supporting the in-game narrative.

The Heavy Metal pinball machine commemorates the 300th issue of Heavy Metal, which has been running since 1977 and inspired the 1981 animated movie of the same name.

An exclusive variant cover edition of issue 300 will be included with every machine.

This limited-edition pinball machine is built to order and only available for 2020.

Cabinet armour in the unique colour changing galaxy black metallic with all original art, figures of Taarna and Nelson that light up, Custom art blades